Ionite has developed a Peppol e-Invoicing Test Tool, with a built-in access point, a participant lookup tool and a UBL document validator.

Our test tool can be used in the following scenario’s:

For Peppol Authorities, our test tool can be used for on-boarding and compliance testing as well, including generation of a PDF test report.

For Service providers and users in the Netherlands, a version of our test tool is available as the NPa Peppol Test Tool. 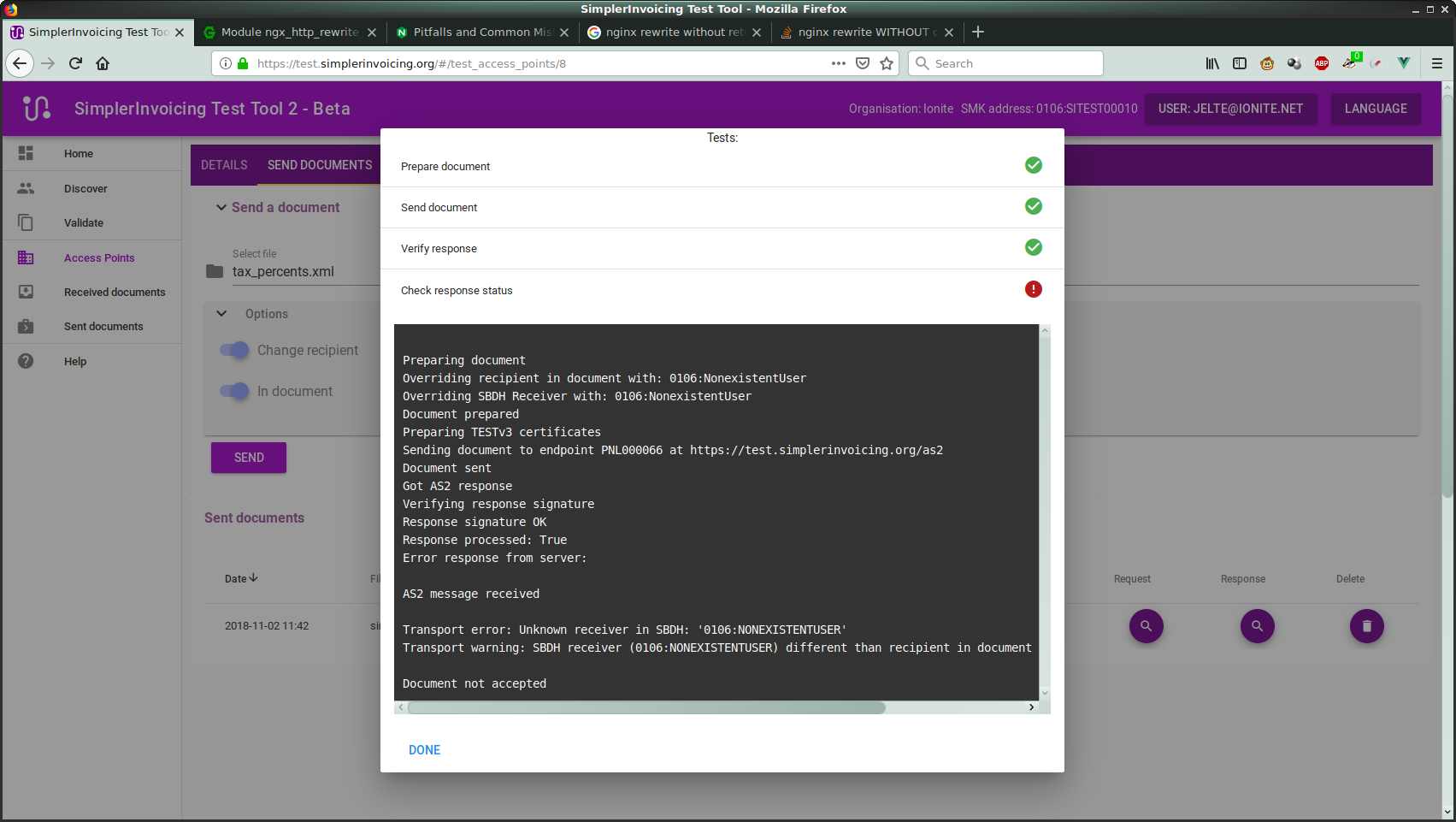